My name is Vanna Hem and I’m a Cambodian filmmaker, born in 1984. I started working in the media and film industry in 2008 when I had a job with a local NGO called Support Children and Young People (SCY). I worked there for three years and my job was to train young reporters in how to produce film documentaries.

At SCY I had a good opportunity to work with 30 local young reporters each year, assisting them in making films on social issues, especially children and young people. All the films which I helped to produce were screened on a popular local channel called the Youth Today Program.

So if you like what you have seen and read below, join us by making a contribution and become part of the Lotus Sports Club! Click here for your sponsoring.

Thank you so much!

Lotus Sports Club (ក្លឹបកីឡាបាល់ទាត់ផ្កាឈូក) tells the story of three trans-identifying athletes (FTM), part of a women’s football team in rural Cambodia (Kampong Chhnang), who find the strength and courage to live the life they have chosen to live. Sovan is the 60-year-old passionate founder and coach of the team that he established in 2009 in order to encourage solidarity among straight, lesbian and gender-diverse players. After living with coach Sovan for many years, two of the young players, Srey Leak and Amas, decide to leave and move to Cambodia’s bustling capital, Phnom Penh. The documentary chronicles their inspiring journeys, within the backdrop of traditional Khmer society, which, at times, can be more inclusive than expected. This compelling, fascinating, and empowering story will take the viewers on a unique and emotional journey through a world of love and solidarity between individuals who have finally found a community they would only have dreamt before. 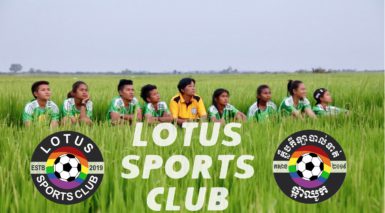 The Lotus Sports Club documentary project began in 2015 when Cambodian documentary filmmaker Vanna Hem, Srorn Srun and Robert Witlox (founder of Dutch NGO Document Our History Now,) decided to join forces to film LGBTQI+ communities in rural Cambodia. The story of Sovan and his football team in Kampong Chhnang captured everyone’s attention due to its unique elements and Sovan’s determination and dedication. Since the beginning, Vanna established a trustful relationship with all of the participants, particularly with Sovan, his wife, and a few of the team members living at the house. Vanna interviewed them frequently about various aspects of their lives, their relationships, and the changes they have gone through over the years. In 2017, producer Tommaso Colognese (who had previously met Vanna while both working on an international film production in Cambodia) joined the team. Also Cambodian NGO Rainbow Community Kampuchea (RoCK)  joined our team. Shortly after that, a new period of filming (from January through June 2018) followed. The team translated a selection of the rushes necessary to assemble a promo of the documentary and once finished, they flew back to Cambodia to show it to LSC in January 2019. They also met with RoCK to discuss how to move forward with the project and it was decided to run a Kickstarter campaign to help financing the project to the next level. 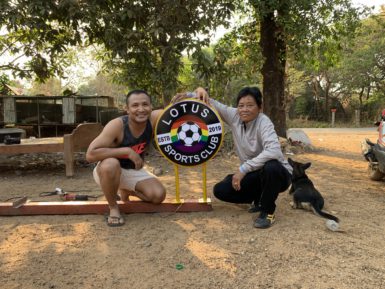 Where We Are Now

Our own initial funds, the volunteered time, and the support we have met over these last four years have taken us far already, but more resources are crucial to take this project to the next level. We have put together hours and hours of beautiful and powerful material. Now we need the proper funds to begin post-production work with a team of translators and a professional editing team, in order to assemble the material into a 90-minutes “rough cut”. Passion took us this far, but now we need the help and generosity of likeminded people who love films and documentaries. Most of all, we need the support of the community who believe in the transformative power of positive LGBTQI+ stories. 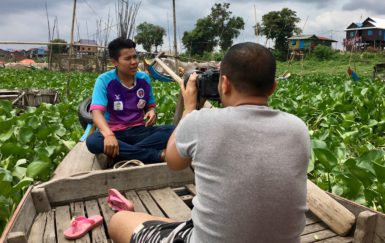 Lastly, but most Importantly: Supporting the Lotus Sports Club

The Lotus Sports Club and its members will benefit from the visibility and recognition opportunities that this documentary will bring.  It is our hope that through this project more organisations will get involved and decide to support them in the longer term. Sovan has expressed on many occasions his wish to have a visiting foreign coach coming to Cambodia to train his players. The players would love to be able to play abroad too. We will work hard to make sure that these wishes will become a reality. We will try to start a scholarship fund for the team and other initiatives fo financially support the Lotus Sports Club. 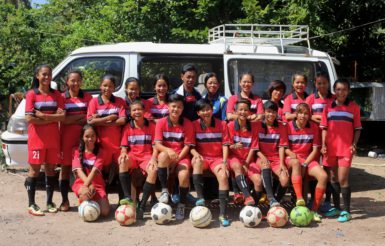 In Cambodia, LGBTQI+ people still face discrimination from their families, community, and society. They face tremendous stigma if they “come out” and live openly. LGBTQI+ are restrained to limited economic opportunities and, in order to acquire access to work, they need to hide their sexuality. Such contextual circumstances affect LGBTQI+ people on their road to self-acceptance.

Despite the challenging political and human rights situation, things are evolving fast in Cambodia – step by step, the social and public climate seems to be moving towards a positive direction for LGBTQI+ people. A new generation of young LGBTQI+ people is not afraid to tell their stories and fight for acceptance. Emerging activists and organizations need more support and communication tools, so they can serve as role models for others in the same situation. This will enable the LGBTQI+ community (like RoCK and the Lotus Sport Club themselves) to better communicate with the general public, where unawareness and ignorance about diversity is still prevalent.

Lotus Sports Club will bring empowering stories about the LGBTQI+ community to the general public in Cambodia and beyond. Such positive insight in diversity and tolerance will be essential in giving Cambodian society a better understanding of this minority group and help fighting any discrimination towards it. The project has generated already a lot of discussion among the football team members and their coach Sovan. It has empowered them in being prouder and louder in affirming their place in Cambodian contemporary society and has had a positive impact within the overall community. Once the film will be completed, the Cambodian LGBTQI+ community will have an important tool for instilling self-acceptance, generating discussions, breaking down barriers among their members, and displaying positive role models to be inspired by.

Cambodian LGBTQI+ organization RoCK has been closely involved in the project from the start. During the post-production phase RoCK will work closely with us, ensuring that the content of the film, its translations, and narrative choices are respectful and faithful of the community and of the subjects involved. RoCK’s involvement will also be essential in making sure that the film and its important subjects will be able to reach a bigger audience in Cambodia than LGBTQI+ people only.

(photo to be added later)

The RoCK team in their office in Phnom Penh.

While RoCK’s involvement will help us shaping the right language for the Cambodian audience, we will also make sure that the film and its message of love and tolerance can resonate also outside of Cambodia and can be enjoyed by audiences all around the world. The film tells an extraordinary, empowering, and relevant story about diversity, tolerance, and inclusion that can be appreciated by everyone because of its universal appeal.

We have had already a lot of international interest in Lotus Sports Club. Research institutes, universities, NGOs, and international film festivals have expressed interest and willingness to set up activities once the film is completed. We will work hard to make sure that the film and its message will be traveling throughout the world and that the effects will be beneficial to Cambodia, the LSC team and its players, and the LGBTQI+ community.

So if you like what you have seen and read, join us by making a contribution — at any level — and become part of the Lotus Sports Club! Click here for your sponsoring.

Thank you so much!

Born in 1984, Cambodian documentary filmmaker Vanna Hem has established himself as one of the leading voices in Cambodia in the arena of social and LGBTQI+ films. His credits include the short-form documentaries “Lives Under the Red Lights”, “Karma” and “Where Do I Belong?” which have all been selected in many local and international film festivals. Since 2015, Vanna has been working on his first feature-length documentary Lotus Sports Club, while shooting videos for many other NGOs. He currently lives in Phnom Penh.

Founder and coordinator of Document Our History Now,  Robert Witlox has worked as a health and welfare professional and advocate for LGBTQI+ and people living with HIV in the Netherlands for the last 25 years. He was Manager Director of the Dutch HIV association for 13 years. He founded DOHN in 2013 and since then he has worked as a freelance project manager and producer of various storytelling projects. He currently lives in Amsterdam.

Tommaso Colognese is an Italian independent film producer based in London. His credits across the production department include major motion pictures (First They Killed My Father and The Breadwinner are some of the last productions he worked on), independent projects such as the documentaries Suddenly Last Winter, The Labeque Way and Religulous and the award-winning sci-fi short The Nostalgist.

Valeria started her film career in corporate films and documentaries before moving into independent feature films. She worked her way up through the ranks of production, eventually undertaking roles working on big budget studio feature films for Warner Brothers, Universal and Disney. In her role at Pathe as Production Executive, from 2014 to 2019, Valeria helped to oversee and support each production from development through to distribution. She is currently working as a freelance production consultant and independent producer.

Martina is an Italian screenwriter, currently working as a freelance consultant for both independent documentaries and mainstream series. Her credits include successful Italian TV programs and documentaries. Her storytelling is often about youth subcultures and LGBTQI+ rights. She is based between Rome and Milan.

The KS promo video has been edited by talented editors Patricia Lalla and Tommaso Gallone.

The beautiful tracks of the Lotus Sports Club Kickstarter promo video have been kindly composed by the talented London-based Dutch electronic musician and composer Joeri Pronk. Visit his website to listen to more of his evocative music: www.joeripronk.com 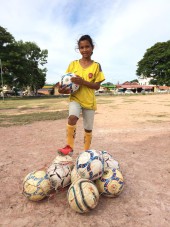